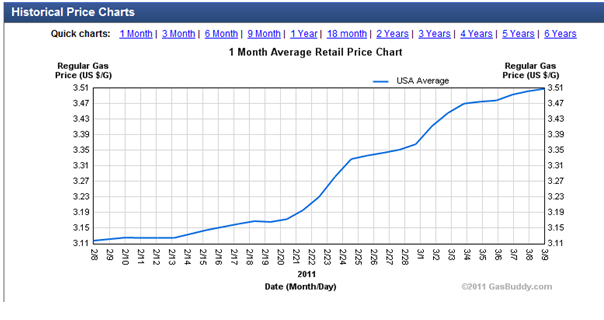 There’s no denying that gas prices are on the rise and many are attributing it to the unrest in the Middle East and North Africa in countries such as Libya and Iran. These high prices are certainly disconcerting for most all as 90% of Americans say they usually drive to get to their destinations (Source B).

But are there broader implications for this phenomenon? What effect do oil prices and supply have on the U.S. economy?

In the early 1970s, OPEC—the Organization of Petroleum Exporting Countries—coordinated to reduce the supply of oil which effectively doubled the world price. The subsequent increase in oil prices caused stagflation in most industrial countries, including the United States (Source D). 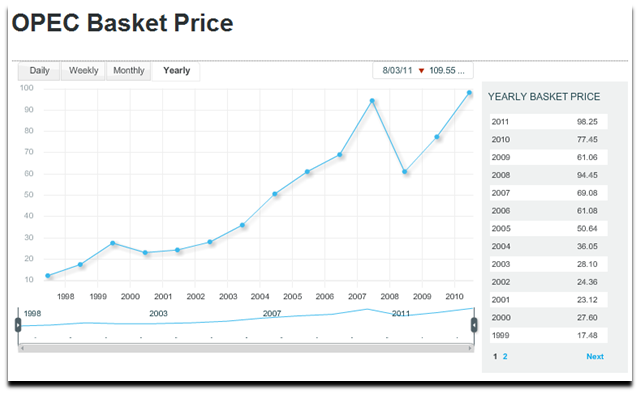 Here are the effects of the change in oil prices on the inflation and unemployment rates in the United States: 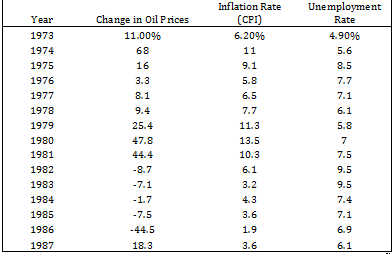 It was thanks only to the weakening state of OPEC, due to political turmoil among the member countries, that oil supplies were freed up and stagflation was reversed (Source D). Oil prices dropped by 44.5% in 1986 and the United States experienced one of its lowest inflation rates ever as well as a decreased unemployment rate.

Nowadays, however, OPEC itself has less of an effect on economic fluctuations within the United States due to how we’ve shifted to a more service-based economy over the manufacturing basis of our past. This means that we’re going to have to experience greater increases in oil prices for there to be macroeconomic repercussions, but it definitely does seem as if we’re heading in that direction.

Click here for a purely monetary explanation of the stagflation of the 1970s (it’s a link to a NBER-hoted PDF file).

Posted by ariesofwar on April 8, 2011 in Economic History